To share your memory on the wall of Donald Smith, sign in using one of the following options:

Receive notifications about information and event scheduling for Donald

There are no events scheduled. You can still show your support by sending flowers directly to the family, or planting a memorial tree in memory of Donald Manton Smith.
Plant a Tree

We encourage you to share your most beloved memories of Donald here, so that the family and other loved ones can always see it. You can upload cherished photographs, or share your favorite stories, and can even comment on those shared by others.

Posted Dec 27, 2020 at 09:14pm
Don will always be in our hearts. We have many fond memories. Our thoughts and prayers are with you and your family. Love Jack and Jeri Barnes

3 trees were planted in the memory of Donald Smith

3 trees were planted in the memory of Donald Smith

Posted Jan 03, 2021 at 12:29pm
To Marilyn. Please accept our condolences on Donald's passing. Don was one of the first people I befriended when we move to Barrington many years ago, and we could always depend on him to do many odd jobs, including plowing, sanding and repair work in general. Don was also a loyal client on mine when I practiced law up until the time I became a judge. He was a good and likable guy. We had some interesting cases, the details of which I shall not go into. I especially remember Don's casual disposition on just about anything, along with his good sense of humor. He will be sorely missed by us and I'm sure by many others in the Barrington area. May he rest in peace. Dan & Joyce Cappiello

Posted Dec 31, 2020 at 04:28pm
Don and Marylin have been our neighbors and friends for a long time.
Don built the road into our house and maintained it for the 45 years.
I remember Don at the horse pulls we had back when we had Barrington day.
The horses would drag the boat out a tractor would drag it back and Don and
a couple of other guys would rake out the pit.
Also Don and Marylin were the driving force behind Barrington Old Truck days.
Of course Don seemed to run nothing but old trucks.
I asked him why he didn't retire? He said "What the ++++ would I do, sit around and watch TV?" 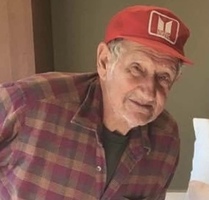 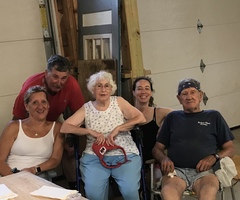 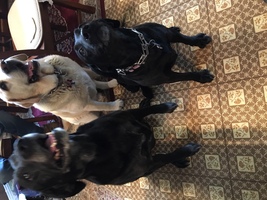 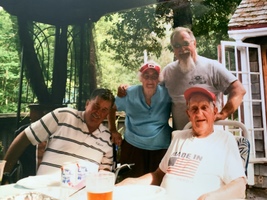