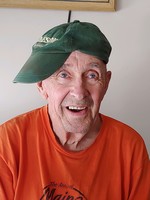 Edward Phillip Allard, (Ed, Eddie, Quarterman) Age 82-of Chichester, NH, a compassionate, funny and loving man who had an incredible gift for making everyone feel special and loved, joined the love of his life, JoAnne on January 15, 2022 following a brief illness.
Edward was born on September 7, 1939 in Central Falls, Rhode Island to the union of Elmer H.P. Allard and Anna Beatrice Ladish. He was the eldest of 12 children. He is survived by his daughter Dawn M. Tonkin and her partner Edmour Lefebvre of Northwood, NH, sons Donald E. Allard and wife Rachel de Thomas of Warner, NH, Philip J. Allard and Wife Amanda Allard of Center Conway, NH; Grandchildren Danielle J. (Downs) Willette of Northwood, NH, Amber P. Tonkin of Rutledge TN, Quinn Allard of East Aurora, NY, Ivy A. Clouse and spouse Brent Clouse of Talbot, TN, Silas and Ry Allard of Concord, NH; Bonus granddaughters Melinda Cruzen of Lanesborough, MA and Marissa Edgerly of Fort Collins, Colorado; Great Grandchildren Kianna and Kash Willette and Axton Allard, Gracie, Madelyn and Isadora Tonkin of Rutledge, TN, Myles and Lydia Clouse of Talbot, TN, Atreyu Allard of East Aurora, NY; Cherished siblings, Judith Allard, Donald Allard, Jean Marshall, Kathleen Canet, Donna Allard, Michael Allard, Deborah Naugler, Susan Allard, Joyce Roy, David Allard; the best brother in laws; Gerald Canet, Jeff Naugler, John Roy, David Marshall, Charlie Hockmuth; loving sister in Law, Nancy Allard. He is also survived by a loving host of nieces and nephews, aunts, uncles, cousins and treasured friends.
Edward was predeceased by his parents Elmer and Anna Allard, a sister Mary Margaret Allard, a Son Edward Phillip Jr. and his beloved wife JoAnne Madeline (Cole) Allard on April 9, 2021.
All that knew Ed knew he was a man of greatness with a heart that wasopen to all. He took his role as brother, husband, father, grandfather and friend with pride. He was the leader and Patriarch of the Allard clan and all extended family. Family was his most cherished of life's accomplishments. He loved his wife JoAnne who he shared 63 loving years with and longed to join her after her passing. He was a man with a gift for gab, to the extent no one got a word in when Ed was telling a story! He was the quarter man and sometimes the dirty ole man:) His outgoing personality, quick wit and caring demeanor made him instant friend's wherever he went. He was blessed to have many friends and especially enjoyed his relationships with Ralph, Big Tim and Greg.
Some of his most recent joys included a recent golf game with his best buddy Ralph and boasting it was his best game ever, a trip to New York to meet his newest great Grandson Atreyu, a trip to Ware, MA to spend time with aunts and cousins, a special overnight with brother Mike and the recent birth of his great grandson Axton on December 5th• His greatest joys over the past year were taking long rides reminiscing about travels with his wife and enjoying breakfast and lunch dates with children and grandchildren and trips to the cemetery with son Phil and sister Donna.
Edward completed active-duty formal training under the Reserve Forces Act Program-Army Division in Fort Knox Kentucky, 1957 with an Honorable discharge. In his younger years he worked as a Police Officer, in Management for Sylvania and the food industry. Most of his career he worked as a car salesman, a job that he loved and was befitting for a man who loved people and loved to conversate. He worked for over 20 years for Tim's Truck Capital in Epsom, NH as salesman and manager. He considered all of the crew at Tim's extended family. Special hobbies were crossword puzzles, fishing and golf, woodworking projects, gardening and spending time with his grandchildren. Not sure it was a hobby but he spent endless hours sitting in the car out side of various yam shops throughout New England patiently waiting for his beloved Joanne while she meandered through knitting books and yarn. No words will be able to encompass the lives he impacted and the depth with which he will be missed.