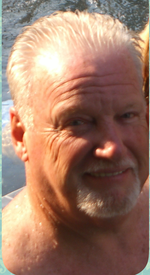 Dover, NH – Edward F. Morgan, Sr., 82, died on October 28, 2020 at his home peacefully from natural causes, surrounded by a loving family member.
Edward F. Morgan, Sr. was born February 13th 1938 in Cambridge, Massachusetts. Born the son of Albert E. and Dorothy F. Morgan.
A.K.A. Pops to friends and family, Grampy to a few. He was a Proud Honorable Veteran of the United States Air Force; from April 27, 1956 – April 26, 1960. Working for the NSA decoding cryptographic for OSS. As his journey continued as a Master Carpenter and eventually retired from the National Elevator Industry - Local 4. Pops loved jumping on his Full dressed Road King Harley Davidson north to Kancamagus Highway! In the years of his retirement he reminisced unmeasurable memories in Ossipee, NH to the Hawaiian Islands!!! One of his favorite places Pearl Harbor Memorial in Honolulu, HI. (And we will be going back there!!) A fantastic chef!! Enjoying Summer days on the Great Lakes Boating, Golfing and a favorite Fly Fishing on the AU Sable River, MI.
Pops was a loyal, honest man of great pride and integrity…and possessed strong working ethics to be remembered and admired…always. I cherish having the opportunity to listen to the wisdom of his life experiences.
Edward F. Morgan, Sr. is survived by his estranged wife, Andrea E. (Olsen) Morgan of Wakefield, MA; his Children, Robin L. Morey of W. Warwick, RI, Edward F. Morgan, Jr. of NC, William A. Morgan of Burlington, MA; Wendy-Jo Morgan of Dover, NH, Jennifer A. Marshall of Melrose, MA and John A. Morgan of Danvers, MA; his Grandchildren, William Morey, of RI, Destiny A. Morgan, Kaylee Morgan, Tammy (mother) and Frank Ambrosino of Saugus, MA (daughters of Edward F. Morgan, Jr.) Kevin, Mya, Jayden Marshall of Melrose, MA and (dad) Kevin Marshall, of Melrose, MA.; his Brother, Russell and wife, Patricia Morgan in Somerville, MA, his Sister, Norma Jean Lord of Rye, NH. He was predeceased by his parents, Albert W. Morgan and Dorothy E. Doyle Morgan, his brother, Robert Morgan and Granddaughter, Vanessa Morgan.
Memorial contributions may be made in lieu of flowers which will be used to honor Edward F. Morgan’s wishes to bring his ashes back to Pearl Harbor Memorial in Honolulu, HI.
An Interment Service will be held at the New Hampshire State Veterans’ Cemetery in Boscawen, New Hampshire with military honors at the convenience of the family. If you would like to participate please contact Wendy Jo Morgan, 603-534-4598.
** Challenge, it tells us not to waste time…It tells us to tell each other right now that we love each other. Leo Buscaglia.