To share your memory on the wall of Joanne Eaton, sign in using one of the following options:

To send flowers to the family or plant a tree in memory of Joanne Gail Eaton (Nutter), please visit our Heartfelt Sympathies Store.

Receive notifications about information and event scheduling for Joanne

We encourage you to share your most beloved memories of Joanne here, so that the family and other loved ones can always see it. You can upload cherished photographs, or share your favorite stories, and can even comment on those shared by others.

The Brule and Crotts Family, Brian and Peggy, and other have sent flowers to the family of Joanne Gail Eaton (Nutter).
Show you care by sending flowers

Posted Mar 28, 2021 at 02:32pm
Guy and family: I was so sorry to hear of Joanne's passing at such a young age. The many memories that you all have will help to get you through. My prayers are with you. I'm sorry I wasnt able to get to the Wake! Pat Janelle McNamara.

Posted Mar 26, 2021 at 09:43pm
Sorry to hear about Joanne's passing. I just met her last year as she helped me through the DAR application process. She was so kind to me and spent so much time on my application. We spent a lot time on the phone and met a couple of times, in person. She made me feel special and I got the feeling everyone who knew her felt that way. I am so sorry for you loss, Guy.
Comment Share
Share via:
T

Posted Mar 26, 2021 at 08:12pm
Guy, deeply sorry for your loss, I enjoyed working with Joanne at UNH, she had a real love for the school.
Brad Larrabee
Comment Share
Share via:
BE

Posted Mar 26, 2021 at 07:43pm
Dear Guy, Holly, Travis and family, Adam, Jillian and family, My words cannot fully express the sorrow I feel after learning about the death of your beloved wife and mother, Joanne, my wonderful sister. When the person you love has gone away, remember you always have their memories with you. May you ever treasure the wonderful times you had and my thoughts are with you always. With love always, Barbara
Comment Share
Share via: 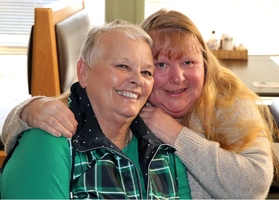 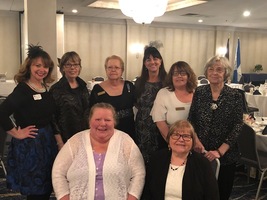 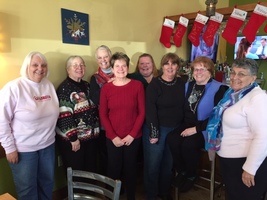