To share your memory on the wall of John Dell Isola, sign in using one of the following options:

Print
John Richard Dell Isola passed away on Wednesday, September 16, 2020 at the age of 86. After a brief, unexpected illness, he died peacefully under the caring eye of the palliative care unit at Brigham and Women's Hospital in Boston, MA.

... Read More
John Richard Dell Isola passed away on Wednesday, September 16, 2020 at the age of 86. After a brief, unexpected illness, he died peacefully under the caring eye of the palliative care unit at Brigham and Women's Hospital in Boston, MA.

John was born in Everett, MA on Christmas Eve, 1933, as a blessed present to his father, John Dell Isola (a professional football player and coach for the New York Giants, among other great achievements) and mother Louise (legendary Irish-born Italian cook supportive wife and nana). After a successful childhood of practical jokes, youthful mischief and excellence in the classroom and on the playing fields, he attended Dartmouth College, playing QB on the football team, joined Kappa Sigma fraternity and was tapped into the oldest secret society on campus, the Sphinx. It was in Hanover where he met one particular young lady, Patty Hoag, whom he married shortly after graduation.

In 1956, under the ROTC program, he enlisted and served for 6 years as an officer and pilot with the US Air Force. During the heat of the Cold War, John served as a bomber pilot flying B-47s loaded with nuclear warheads. After a brief tour of US air bases, John & Patty settled in NH when he was stationed at Pease AFB. They had five children, Kathy, Colleen, Jay, Bob and Patte, and built a house together on Dover Point Road. Here they raised their five children. In 1965, John joined TWA as a commercial airline captain pilot flying regular routes to such exotic destinations as London, Paris, Barcelona, Madrid, Frankfurt, Cairo and Tel Aviv, to name a few. This was The Golden Age of travel and John was every bit the hailed and revered pilot of his era. He and Patty lived the quintessential life of the 1960s with cocktail parties, barbecues, travel, friends, family and laughter. We all loved to be regaled by the tales of his youth, his escapades, and his years in aviation, especially when he vastly exaggerating stories. John could hold court for hours, going well into the evenings, smattered with jokes and often ending with a song or two. Anybody who experienced this would be spellbound by his charm, charisma and wit. For this, he was called upon often to serve as Master of Ceremonies on numerous occasions.

John was preceded in death by his parents, by his wife Patty in 2012 and his brother Bob in 2020. He is survived by his sister Barbara Murphy and all five of his children, Kathleen, Colleen, John Patrick (Jay), Robert, and Patte, his ten grandchildren Danny and John Pomerleau, Jack and Matthew Dell Isola, Geoffrey and Alex Lake, Casey, Sam and Genevieve (Gigi) Dell Isola, and Hagan Corrigan, along with his five great-grandchildren, Charlotte, Analiese, Roman, Charlie and Cameron. He is also survived by his companion of 5 years, Judy Morrison of Durham, NH.

He will always be remembered as a loving, supportive and well received, Father, Grandfather, Uncle, Cousin, Friend, Brother and Nephew. He touched so many lives and will always be in our hearts and spirit and truly will be missed.

Friends and family may call from on Tuesday, September 22, 2020, from 4:00-7:00pm at Wiggin-Purdy Funeral Home, 655 Central Ave in Dover. Due to COVID-19 restrictions, the space will be limited to 50 guests at one time. A Mass of Christian burial will be held on Wednesday, September 23, 2020 at 11:00 am at St. Mary’s Church, Third St., Dover, NH with Father Agapit Jean, officiating. Interment will follow at St. Mary’s Cemetery on Dover Point Road, Dover, NH. All are welcomed to join in a celebration of life at Patti B’s directly following the funeral service. To sign our online guestbook, please go to www.purdyfuneralservice.com

To send flowers to the family or plant a tree in memory of John Richard Dell Isola, please visit our Heartfelt Sympathies Store.

Annie Teal and my three children. Seth. Mijanou. , Love David Hoag & family, and other have sent flowers to the family of John Richard Dell Isola.
Show you care by sending flowers

Posted Feb 02, 2021 at 08:29pm
Just happened to find this as I googled John Dell Isola my old high school teacher. Obviously John’s Dad. My condolences to your family and for Mr Dell Isolas grandchildren or great grandchildren, what a great man. I thoroughly enjoyed going to his class at New Bedford High. Lots of awesome stories. Be proud.
Comment Share
Share via:
TB

Posted Sep 24, 2020 at 10:29am
Dear John's Family,
I am one of john's "brothers" from Kappa Sigma at Dartmouth, and a fellow air force pilot. The obituary perfectly captures the man, and I was fortunate enough to share many memorable trips with him, and to be among those thoroughly entertained by his wit and wisdom. Bless all of you who have been part of his extended, and may you find comfort and peace as you celebrate his life together.

Posted Sep 23, 2020 at 12:32pm
“I believe that what we become depends on what our fathers teach us at odd moments, when they aren’t trying to teach us. We are formed by little scraps of wisdom.”

Mr. Dell Isola led an extraordinary life, but his greatest accomplishment is the wisdom passed down to the beautiful family he leaves behind.

Posted Sep 22, 2020 at 05:37pm
To the Dell Isola Family with sincere condolences from Tom and Jacqui Bushee. We have fond memories of times spent with cousin John and wish you comfort at this very sad time.
Comment Share
Share via:
SB

Posted Sep 22, 2020 at 01:13pm
Our condolences to the Dell Isola family. We are sending healing prayers and comforting hugs your way. Love Sue Black and P J Tosi.
Comment Share
Share via: 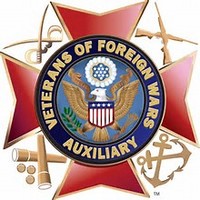