To share your memory on the wall of John Dunton, sign in using one of the following options:

John is remembered... Read More
John E. Dunton, 76, of Rochester, NH died unexpectedly on May 14, 2021 peacefully in his home. John was born in Nashua, NH on March 15, 1945 with his twin sister, Joann Dunton, to David and Janet Dunton of Nashua, NH.

John had a successful career at Freuden NOK General in Manchester and had two daughters, Lisa Dunton Sutter and Christine Dunton Garbin. After retiring, John moved to Rochester, NH to live closer to his daughter, Christine Garbin. John loved to keep busy and enjoyed hiking the Gonic trails, riding his bicycle around town and volunteered at Jerry's Food Pantry.

John will be missed by those to whom his life has touched but, best of all, John will be with his brother again, Raymond Roy Dunton, to whom John missed dearly.

John’s final resting place will be at Woodlawn Cemetery in Nashua with his mother, Janet Dunton.

There are no events scheduled. You can still show your support by sending flowers directly to the family, or planting a memorial tree in memory of John E Dunton.
Plant a Tree

Posted May 20, 2021 at 10:03am
Thanks John for being a great friend and neighbor, you helped me through a very difficult time. I now know how to use a snow blower. Banji had the best father, you will be missed, rest in peace.
Comment Share
Share via: 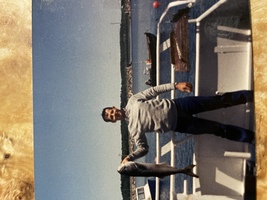