To share your memory on the wall of Joseph Belanger, sign in using one of the following options:

Born in Salem, MA on March 25, 1932, the son of Henri and Ludevine (Dufault) Belanger. After traveling the world, including Japan, where ... Read More
Joseph P. Belanger, 88, of Dover and Madbury, passed away peacefully on Thursday, November 5, 2020.

Born in Salem, MA on March 25, 1932, the son of Henri and Ludevine (Dufault) Belanger. After traveling the world, including Japan, where he met his lovely bride, Miyoko, he settled in Dover, raising his sons and running his business, Paul's Catering Service. He lived there until June, 2019 when he moved to Carriage Hill Assisted Living in Madbury.

Paul to most and Joe to some, he graduated from Northern Essex Agricultural High School, then joined the U.S. Air Force, retiring after 21 years. He served in both the Korean War and the Vietnam War.

Many will remember his irreverent sense of humor. No one enjoyed a dirty joke more.

Paul was predeceased by his parents, his brothers Thomas and Roger, his beloved wife of 57 years, Miyoko, and grandson Morgan. He is survived by his four sons, Bill and his wife Tina, Perry and his wife Karen, Bob and his wife Kim and Dean and his wife Tammy. He also leaves eight grandchildren and a great-granddaughter. He will be greatly missed by all.

Paul's family would like to sincerely express their gratitude to everyone at Carriage Hill for all the love and care given to him in his final years.

Receive notifications about information and event scheduling for Joseph

There are no events scheduled. You can still show your support by sending flowers directly to the family, or planting a memorial tree in memory of Joseph Paul Belanger.
Plant a Tree

We encourage you to share your most beloved memories of Joseph here, so that the family and other loved ones can always see it. You can upload cherished photographs, or share your favorite stories, and can even comment on those shared by others.

Posted Nov 21, 2020 at 05:29pm
I have so many wonderful memories of Paul, Susie, and boys. How many meals did we share at holidays? A lifetime of joking with Paul, so many laughs, and knowing that he was as dear a friend as I have ever had. I will always remember him with love. My deepest condolences to his family. Andrea
Comment Share
Share via:
HS

Posted Nov 16, 2020 at 08:14am
I wish to send my deepest sympathy to you and all your family. Because of the virus I am not sure if I can make the service. I hope to attend in the spring. I know it has been more difficult because of the virus for you as well. I loved and respected both of your parents. The last party I attended with your father was at Chloe's 1st birthday party. A wonderful memory. Also in the spring I will give Brianna a tree or bush to plant in his memory. God help you through this difficulty. Love Joan
Comment Share
Share via:
JM

Farewell Dad, I will miss you greatly. It warms my heart that you are reunited with Mom, Morgan and the rest of your family and friends. God bless you, I love you 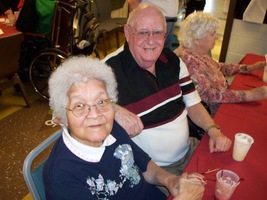 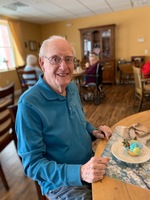 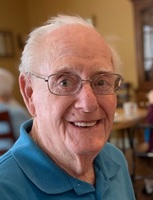