To share your memory on the wall of Katherine Malchanoff, sign in using one of the following options:

Print
Boston – Katherine Ann Malchanoff (O’Neil) passed away peacefully on Saturday, August 1 at the Beth Israel Deaconess Medical Center with her three children and their spouses by her side. Kathy was born in Boston on August 12, 1959 to John and Bar... Read More
Boston – Katherine Ann Malchanoff (O’Neil) passed away peacefully on Saturday, August 1 at the Beth Israel Deaconess Medical Center with her three children and their spouses by her side. Kathy was born in Boston on August 12, 1959 to John and Barbara O’Neil(Spencer). She lived the first 9 years of her life in South Boston before moving with her 7 brothers and sisters to Saugus. Karen, Mike, Erin, Brian, Sean, Tom and Mary along with Kathy formed quite the brood throughout the 70s on Felton St. As the clock wound down on the 70s Kathy, like many children of the era, decided it was time to transition from floral-patterned clothes in the city to floral-patterned couches in suburbia and start a family of her own with her husband Steve. Scott was born in 1979 closely followed by Eric in 1981 and Kristi in 1983. Her family soon moved to Fremont, NH where she raised her children. Kathy was born to be a mother. She was devoted, encouraging, patient, and every other positive attribute someone could think of when describing a Mom. Despite having rambunctious children whose idea of fun was to find snakes in the backyard and hide them in her bathroom cabinets, her children never went a day without knowing how loved they were by their mother or how important they were to her. Kathy was a fixture at every one of her children’s sporting events and could often be found manning the concession booth at the Little League field. Nary a child who grew up in the late 80s or 90s in Fremont didn’t at one point get driven in her Dodge Caravan or spend time at the Malchanoff pool on Whitman Dr. Many of those children affectionately referred to her as “Mom” because to them there was no other word that could possibly describe her. Mom wasn’t the only title Kathy wore proudly. She was Auntie Kathy to ten nieces and nephews and a sister-in-law who was more like a sister. Essential parts of every O’Neil family get-together were big hugs, big laughs, and big food from Auntie Kathy. Kathy was a locally-renowned world-class chef known for her spaghetti sauce, rolls, shrimp scampi, and whoopie pies, amongst countless others. The surest way to put a smile on anyone’s face was always to feed them some of Kathy’s delightful culinary creations. Kathy employed her talents at many establishments over the years, most memorably at her own in Sandown, Kathy M’s Restaurant. She spent the last 18 years living in Northwood, NH, with many of those years spent managing the kitchen at Epsom HealthCare Center. Her early morning singing, dancing, and jokes brightened the days of patients and co-workers alike. Gardening and take care of her cat, Sneakers, were two other passions. Her weekly card game with Kristi and their dear friends Laura and David brought shenanigans and laughs galore. She thrived on the dance floor, always dancing like everyone was watching and knowing she needed to put on a show. The last few years of her life is where Kathy found her greatest joy. She gained three new children after Scott met Liz, Eric met Robyn, and Kristi met Tim. She became Grammy to Kennedy, Harper, and Charlie. Only the joy of her grandchildren during her visits could possibly outweigh her own. Playing chase around the house, hide and go seek, Pretty Pretty Princess, watching endless hours of Baby Shark videos, and making funny face contests were some of the many activities Grammy and her grandbabies enjoyed. The smiles, the laughs, and the joy that Kathy brought to everyone she encountered will live on forever in her grandchildren. SERVICE INFORMATION Relatives & friends are invited to attend visitation in the Purdy Memorial Chapel, 2 Concord Rd, Lee, NH on Friday, August 7 from 4-6p.m. Due to the current health situation the funeral service will be private at 6pm. She will be interred at Puritan Lawn Memorial Park in Peabody, MA. Donations in lieu of flowers can be made to Patient Services Inc at https://www.patientservicesinc.org/donate
Read Less

To send flowers to the family or plant a tree in memory of Katherine Malchanoff (O'Neil), please visit our Heartfelt Sympathies Store.

Receive notifications about information and event scheduling for Katherine

We encourage you to share your most beloved memories of Katherine here, so that the family and other loved ones can always see it. You can upload cherished photographs, or share your favorite stories, and can even comment on those shared by others.

Posted Aug 25, 2020 at 12:00am
I met Kathy in purto Vallarta 25 years ago and we had a ball. Going through my old phone book I came across her phone number and decided to look for her on Facebook. So sorry I didn’t look for her sooner. Rip and thanks for the laughs ??
Comment Share
Share via:
TM

Posted Aug 13, 2020 at 12:00am
One of the nicest people I ever knew. Kathy and I had a lot of laughs in high school, we shared the same silly sense of humor. On Facebook, even though we hadn't spoken in 30 years or so, she always had a comment and a like especially for my grand daughter Lilly. I will miss her happiness, her likes, and her smile. Thank you Kathy for always brightening my day. Tim McGovern
Comment Share
Share via:
KC

Posted Aug 12, 2020 at 12:00am
Kathy was a High School friend and one of the few who was always so kind and giving. It seems like yesterday when a couple of other school girls and I would walk to Santorro's after our last class and order slices and Lambrusco when we knew Kathy was on staff..lol. She was always so cool, giving us the knowing look and sweet smile. I've missed seeing her for a long time now I miss her being here and making the world a better place, RIP, Kathy.
Comment Share
Share via:
K

Posted Aug 08, 2020 at 12:00am
"R.I.P." I enjoyed her in the early morning when she had made fresh coffee for the staff at EHCC. She was and will be missed.
Comment Share
Share via:
PS 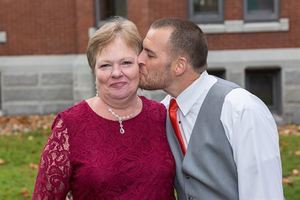 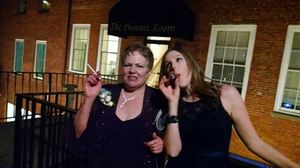 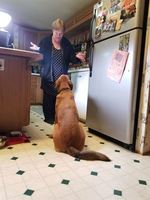