To share your memory on the wall of Kenneth Wilder, sign in using one of the following options:

Print
Kenneth Reed Wilder, 65 of Strafford, NH died peacefully in his home on January 3, 2021 after a six year battle with stage 4 prostate cancer.

He was born on December 14, 1955 raised in Wakefield, MA by Ted Wilder and Helen (Flanagan) Wil... Read More
Kenneth Reed Wilder, 65 of Strafford, NH died peacefully in his home on January 3, 2021 after a six year battle with stage 4 prostate cancer.

He was born on December 14, 1955 raised in Wakefield, MA by Ted Wilder and Helen (Flanagan) Wilder.

Kenny spent every summer of his life on Bow Lake until he made it his home in 1990. His true passion came with waterskiing, he would be the first in the lake (with ice still on it) and last out. He would stop whatever he was doing if the lake was calm and drive around the lake looking for a driver and most of the time he had an observer. His finesse on the water will be a lasting memory for all. Kenny had a natural talent at any athletic endeavor. He was owner of Wilder Flooring in Northwood, NH with his wife Patti for 21 years before the sale of their business in 2012. After the sale he went to work for railroad in Massachusetts and worked 8 years there.

A private graveside service will be held in the spring at Caverly Cemetery in Strafford, NH.

In lieu of flowers, gifts may be made in memory of Kenny Wilder to name a gene in Kenny’s honor in the Gene Display at Dana-Farber Cancer Institute P.O. Box 849168, Boston, MA 02284. Please write checks payable to Dana-Farber and in memory of Kenny Wilder in the memo section. You may also make a gift online at https://danafarber.jimmyfund.org/site/TR/GivingPage/MyPage?pg=team&fr_id=1200&team_id=8339.
Read Less

To send flowers to the family or plant a tree in memory of Kenneth R Wilder, please visit our Heartfelt Sympathies Store.

Receive notifications about information and event scheduling for Kenneth

We encourage you to share your most beloved memories of Kenneth here, so that the family and other loved ones can always see it. You can upload cherished photographs, or share your favorite stories, and can even comment on those shared by others.

Posted Mar 19, 2021 at 04:02pm
I was so sad to hear of the passing of Kenny. As his summer neighbor at White Birches at Bow Lake, and a friend of Diane's, I have many vibrant, fond memories of Kenny's prowess at water-skiing; and at times deliberately showering me with his spray as I rowed my grandparents aluminum row boat or canoe around the lake. Always made me laugh! My sincere condolences to his family and for me; especially Diane.
Comment Share
Share via:
L

Posted Jan 07, 2021 at 01:30pm
Kenny has been a true friend of ours for well over 50 years. He could always be counted on to lend a helping hand even though a Coors Light was his only reward. Over the years we have enjoyed many memorable adventures from Southwest Florida, to New England, and of course many good times at Bow Lake. Kenny had a passionate, genuine approach to whatever or whoever he came in contact with. He fought a terrible desease like no other, and managed to remain optimistic.
Our family will miss him beyond words, feeling blessed to have shared so many years of unconditional friendship.
Our heartfelt condolences to Patti and family.
Mark & Judi Whitcher 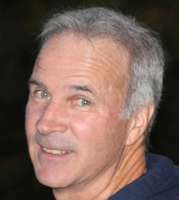