To share your memory on the wall of Kevin Redden, sign in using one of the following options:

Print
Kevin E. Redden
Kevin E. Redden of Oak Creek, WI, passed away peacefully at the age of 58 with his mother and sister by his side on September 16, 2020 at the Ascension Hospital in Franklin, WI after a courageous 3-year battle with colon/liver c... Read More
Kevin E. Redden
Kevin E. Redden of Oak Creek, WI, passed away peacefully at the age of 58 with his mother and sister by his side on September 16, 2020 at the Ascension Hospital in Franklin, WI after a courageous 3-year battle with colon/liver cancer.
Born July 12, 1962, in Portsmouth N.H., he was the beloved son of Loretta M. (Pohl) Redden of Dover, N.H. and his best friend Laurence E. Redden, who died in 2014.
Kevin was the only child and life of the Redden party until that fateful day in October, 1963 when his sister Maureen joined the family. He then became the protective big brother and always lovable but sometimes annoying pest, depending on the day. It was a role he would continue to play throughout their lives. Deciding Maureen was too hard to say, she became “Beanie”, a name that still sticks to this day.
Kevin grew up in Dover, N.H. with most of his childhood spent on the one and only Coolidge Ave surrounded by the most amazing friends and families. It’s hard to explain what it was like growing up on that street, but it was magical. From the pool parties at the Wilson’s to the cookouts at the McEwan’s to the legendary Labor Day parties where extended friends and families from all over Dover came. An incredible bond was formed with the kids, and to this day, they are still in each other’s lives supporting one another in good times and bad. Kevin always said how blessed and proud he was to grow up in Dover and on Coolidge Ave. Kevin was also blessed and proud to be a “Redden”, a name that goes back to the 1800’s in Dover’s history.
Anyone who knew Kev knew he loved sports, both playing and watching. At some point in his life he played Baseball, Basketball, Football, Softball, Hockey and Golf. His favorite thing was spending time on the links with his dad “Larry The Legend”. He was a diehard New England fan first and foremost, but also loved his adopted state of Wisconsin’s teams too.
Kevin graduated from Dover High School in 1980 and the Wentworth Institute of Technology in Boston in 1984 with a BS in Building Construction. After a few years in that field, he left New England for the bright lights of Vegas. He worked as a dealer and eventually a pit boss and table games manager for several casino’s including Sam’s Town, Palace Station and the finally the Belagio. When a friend called him about an opportunity at a casino in Milwaukee called Potawatomi 12 years ago, Kevin headed back east and settled in Oak Creek, Wisconsin. A decision that made him very happy both in his personal and professional life.
Shortly before his 55th birthday Kevin was diagnosed with colon cancer that he later found out had spread to his liver. Instead of feeling sorry for himself, Kevin adapted to the horrible schedule of chemotherapy, radiation and an endless series of doctor’s appointments never complaining once and only missing work when absolutely necessary. Many people never even knew he was sick mostly because of his attitude but also because, thanks in part to his dad’s genes, he was mostly bald anyway so no one even noticed the hair loss. Kevin never wanted people to feel sorry for him and went on about his daily life always believing he would beat this horrible disease, but sadly, that was not meant to be.
Kevin, you blessed this world and our lives for 58 years. Thank you for all the laughs, fun times and for just being YOU. We know you are with The Legend, probably on a golf course or drinking a few Bud Light’s at the 19th hole surrounded by so many we love and miss. Until we meet again Kev, know that a day will not go by that you are not thought of, loved or missed.
In addition to his devastated mother, Kevin is survived by his sister Maureen K. Matott of Marlborough, MA and his nieces Katherine E. Matott and her fiancé Alexander Eich of Chicago, IL, and Kellie A. Matott of Marlborough, MA. He is also survived by his brother in law Ralph P. Matott of Seminole, FL, stepdaughter Katie Kellet of Mammouth Lakes, CA, his aunt Jean Donnellan of Dover, N.H., his uncle Peter Pohl of Center Sandwich, N.H., and cousins: Michael, Sharon, John, Donna, Jeannie, Paul, Jennifer, Billy, Michael, Danny, Joan, Christie, Peter, Laura. Kevin was blessed to have numerous BEST friends.
Lolly and Maureen would like to thank his doctors and the entire staff at Ascension Hospital in Franklin, WI for the amazing care Kevin received during his illness and for their kindness and compassion they received while spending time with him during his final days. They would also like to thank his friend Andrew Olech for everything he did to help them in Wisconsin and continues to do. They are forever grateful to him and all who have helped them through this awful time.
A celebration of life will be scheduled in April, 2021.
Please sign the guest book and share your thoughts of memories of this amazing man.
Read Less

Receive notifications about information and event scheduling for Kevin

Print
Ashes will be shipped from Wisconsin Memorial Service will be held April 24, 2021 at 11:00AM

We encourage you to share your most beloved memories of Kevin here, so that the family and other loved ones can always see it. You can upload cherished photographs, or share your favorite stories, and can even comment on those shared by others.

Till we meet again.

3 trees were planted in the memory of Kevin Redden

Posted Oct 01, 2020 at 09:28pm
Loretta I am so sorry about losing Kevin. Although I never met him I can imagine him from this well done obituary. Life is so precious. One never knows......my arms and heart reach out to you in love Sonny

Posted Sep 28, 2020 at 06:18pm
I am so sorry to hear of Kevin's passing. He was a good friend through our years at Dover High School and I will always remember the times we spent together fondly. My sincerest condolences for your loss. Brian Cash
Comment Share
Share via:
LA

Love to you both, Renee Nameche Albano

Posted Sep 27, 2020 at 09:49am
Lolly & Bean, words can't express how sorry I am. Kev will always be in my heart and remembered as the brilliant shining light he was and always be.

Posted Sep 27, 2020 at 08:44am
Dear Lolly and Maureen, Sending your whole family many prayers and much love. Kevin was such a wonderful man. Hold onto all the special memories and great tributes. What a beautifully written obituary.
Comment Share
Share via: 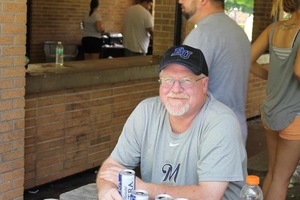 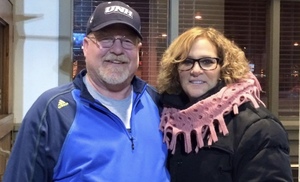 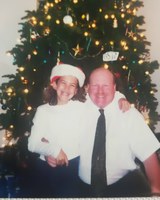