To share your memory on the wall of Leuyan Schulman, sign in using one of the following options:

To send flowers to the family or plant a tree in memory of Leuyan H Schulman, please visit our Heartfelt Sympathies Store.

Receive notifications about information and event scheduling for Leuyan

We encourage you to share your most beloved memories of Leuyan here, so that the family and other loved ones can always see it. You can upload cherished photographs, or share your favorite stories, and can even comment on those shared by others.

Alan and Joanne sent flowers to the family of Leuyan H Schulman.
Show you care by sending flowers

Posted Apr 22, 2021 at 11:55am
To Jeannie, Lisa and the family,
I am Scott Seely, retired veterinarian who cared for some of your pets. I also knew Leu from the prostate cancer support group at WDH some years ago. I am SO SADDENED that Leu is gone. I NEVER saw him without that radiant smile. so well-pictured in his photo! He really was one of my favorite people. I sincerely share and sympathize with your loss. God bless you all.
Comment Share
Share via:
KM

Alan and Joanne purchased flowers and planted a memorial tree for the family of Leuyan Schulman. Send Flowers

Posted Apr 20, 2021 at 04:14pm
So sorry for your loss Lisa and Family. Sandy and I continue to keep you in our prayers.
Clint and Sandy Dodge
Comment Share
Share via:
FL 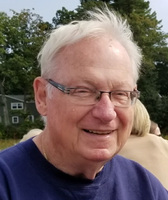