To share your memory on the wall of Linwood Leslie, sign in using one of the following options:

Bink grew up during the depression on a small farm on Maple Street in North Berwick, Maine. Upon graduating from North Berwick High School in 1945, he enlisted in the Army where he served in Company 177, Military Police Occupation Forces in Italy during the conclusion of World War II. After returning to the United States he attended McIntosh Business College. Upon graduation he married Ethel (Mae) Robertshaw and accepted a job at Kidder Press in Dover, New Hampshire in the Accounting Department where he operated one of the first 1401 IBM mainframe computers. The company changed hands six times during his forty year career. He learned, operated, and taught many how to use computers: from mainframes, build it yourself TRS 80’s, to today’s laptops.

Raising four children, Bink spent his spare time with his family. He enjoyed camping during the summer, cars, woodworking, and fixing bicycles, computers and VCR’s for family and friends. His grandchildren would say, “Grampa can fix anything!” They also fondly remember sneaking to the basement with Grampa to get chocolate from the locked safe.

Upon retirement, Bink and Mae spent their summers in Rollinsford, New Hampshire, winters in Jensen Beach and (in later years) Amelia Island, Florida. They loved to travel in their Winnebago motorhome, exploring the East Coast as they traveled between New Hampshire and Florida. They also went to Europe several times—even traveling to Italy where Bink, a proud WWII veteran, had fond memories of giving ice cream to the children in the war torn streets. After years of traveling, Bink and Mae spent many happy years together at Maple Suites in Dover, NH.

Flowers are welcome and memorial contributions may be made in Linwood’s name to:

To send flowers to the family or plant a tree in memory of Linwood Leslie, please visit our Heartfelt Sympathies Store.

Receive notifications about information and event scheduling for Linwood

We encourage you to share your most beloved memories of Linwood here, so that the family and other loved ones can always see it. You can upload cherished photographs, or share your favorite stories, and can even comment on those shared by others.

Posted Feb 26, 2021 at 11:18am
By far, the most memorable moment was when Bink and Mae came to sit with us at the table in Maple Suites. Us not knowing that we were sitting at Bink's table and that he was upset with us was memorable. We sat together a lot after that day and became great friends. We love Bink and Mae and will always cherish their friendship. Gary and MJ Miller
Comment Share
Share via:
TL

Posted Feb 25, 2021 at 05:25pm
Mae, We have so many fond memories of Pine street. We were saddened to hear of Bink’s passing. Our thoughts and prayers go out to you and your family.

Flowers were purchased for the family of Linwood Leslie. Send Flowers 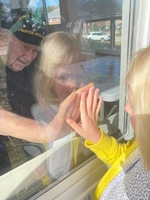 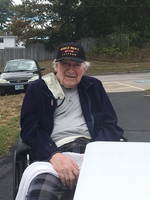