To share your memory on the wall of Marilyn Spencer, sign in using one of the following options:

A funeral service will be on Saturday February 20th 2021 at 11:00 a.m. at Saint Mary’s Church One Power Street Norton, Ma. Visitation will begin at 10:30 a.m. and mass will start at 11:00 a.m. To sign our online guestbook, please go to www.purdyfuneralservice.com
Read Less

To send flowers to the family or plant a tree in memory of Marilyn P Spencer (Spencer), please visit our Heartfelt Sympathies Store.

Receive notifications about information and event scheduling for Marilyn

We encourage you to share your most beloved memories of Marilyn here, so that the family and other loved ones can always see it. You can upload cherished photographs, or share your favorite stories, and can even comment on those shared by others.

Bob and Cindy Cacy, Amy Polonchek, and other have sent flowers to the family of Marilyn P Spencer (Spencer).
Show you care by sending flowers

Flowers were purchased for the family of Marilyn Spencer. Send Flowers

Bob and Cindy Cacy purchased the Your Light Shines for the family of Marilyn Spencer. Send Flowers

Posted Feb 17, 2021 at 01:36pm
With heartfelt support from your friends and colleagues at Oracle.

Barbi and Jake Jeanie and Deni

Barbi and Jake Jeanie and Deni purchased flowers and planted a memorial tree for the family of Marilyn Spencer. Send Flowers 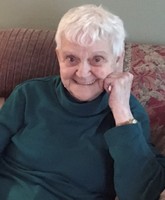