To share your memory on the wall of Merle Craig, sign in using one of the following options:

After graduating from High School Merle moved to Boston to attend Lasell College for two years and graduated in 1957 with an Associates of Arts in Retailing. She loved Boston for its spirit and culture. Living by Fenway Park, Merle would talk about how fun it was to watch the games out her neighbors window with friends; the radio tuned into the game. Working for a prominent stock trading company Merle was promoted to a stockbroker, which was extremely rare at the time for a woman. She was very proud of that achievement but was later removed from the job when she became engaged. This started Merle’s life journey for equal rights.

Merle married (Tim) Ralph B Craig Jr. of Durham, NH January 2 ,1960, in Durham. They later moved to Durham and raised three children: Leslie, Stephen and Amy. Merle was a wonderful, loving mother and shared her passions and values with her kids. She also had a great love for all animals and showed and bred her Golden Retrievers.
After her kids were somewhat grown, and she and Tim divorced, she went back to fulfill her dream of becoming an Interior Designer. In 1980 Merle went to New England School of Art and Design. She was a non-traditional student and worked part time to earn her Diploma in Interior/ Environmental Design, in 1985. She went on to earn her Bachelor’s and Master of Arts Degree in History of Architecture and Design at Lesley College in 1995. After Lesley College, Merle worked for Tom Mayo Assoc. Architects while studying and passed her NCIDQ (National Council for Interior Design Certification). Earning her Master’s Degree and her NCIDQ were very big achievements!

In 1985 Merle Craig Interior Design was formed and Merle worked all over NH, MA and ME doing interior design for residential and commercial clients until 2001. During the recession Merle was asked to teach Interior Design at UNH, which she enjoyed. She taught at several schools over the years including Endicott College while still in business, until finally in 2000 Endicott College offered her an Assistant Professor of Interior Design position. Merle taught at Endicott College full time from 2000 to 2013. Her passion for the field inspired her students! She was well liked and helped the Interior design department grow into a well developed program that specializes in sustainable design. Merle helped create a Master of Arts: Interior Design degree program and created connections with schools and businesses in England and Scotland for student internships and semesters abroad. At this time, she became a LEED Accredited Professional and went to LEED conferences with students and student work. She was a leader in teaching sustainable building design; taking her students on field trips to NY City and Boston to tour LEED certified buildings. She taught with love and passion for the field and her students until she was 75 years old!

All through her life she loved her family, friends and colleagues well! She always had a smile for others and gave generously to causes for nature, children and all animals. She enjoyed adventures like traveling in Europe, Africa and South America. Her favorite places were Long Island, Cape Cod, Saint John - US Virgin Islands and the Isle of Shoals. Merle was devoted to her family and loved spending time with her eight grandchildren. She would always say how lucky she was to have such a wonderful family.

After retiring she spent most of her time with close friends and family. Merle had Dementia in the last few years of her life, but never lost her spirit! She lived with Amy‘s family and spent lots of time with Leslie and Steve’s family, creating lasting loving memories!

Merle died on Monday May 17, 2021 at Wentworth Douglass Hospital in Dover, NH. She is survived by her daughter, Leslie Craig Hartley and her husband Dan, their four daughter’s Melissa, Stephanie, Molly and Bridgette; her son, Stephen Thomas Craig and his wife Brooke, their two son’s Finn and Shane; and her daughter Amy Craig Riefenstahl and her husband Glenn and their two daughter’s Katelynn and Caroline.

Merle will be sadly missed by all who love her!

A Celebration of her life will be held on Wednesday June 30, 2021 at 11:00 AM at Great Island Commons (New Castle Commons & Beach) in New Castle, NH. Refreshments will follow.
Read Less

To send flowers to the family or plant a tree in memory of Merle Patricia Craig (Merle Frylink), please visit our Heartfelt Sympathies Store.

Receive notifications about information and event scheduling for Merle

We encourage you to share your most beloved memories of Merle here, so that the family and other loved ones can always see it. You can upload cherished photographs, or share your favorite stories, and can even comment on those shared by others.

Jeanne and Ed Lane and Donna and Bill Ellis and Family

Posted Jun 12, 2021 at 02:15pm
Dear Lolly, Amy & Steve It's an honor to know that trees will be planted in tribute to Merle. She was a memorable, funny, smart and creative woman!

3 trees were planted in the memory of Merle Craig

Posted May 22, 2021 at 06:47am
My condolences to my college and for ever friend (who I still call Lolly) and her wonderful family. I will cherish the memories of your mom.
Comment Share
Share via: 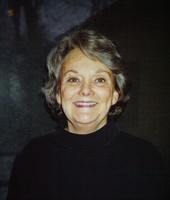