To share your memory on the wall of Peter Bock, sign in using one of the following options:

Print
Nottingham, NH - Peter M. Bock, 77, passed away suddenly at the Elliot Hospital in Manchester on October 20 with his wife and son in attendance.

Peter was born in 1943 in Leamington Spa, England where his mother, Irene, resided, having f... Read More
Nottingham, NH - Peter M. Bock, 77, passed away suddenly at the Elliot Hospital in Manchester on October 20 with his wife and son in attendance.

Peter was born in 1943 in Leamington Spa, England where his mother, Irene, resided, having fled Nazi persecution. His father, Ladislav, possessing an eidetic memory and fluent in several languages, served in the British Brain Trust and later worked for the International Red Cross in Prague, Czeckoslovakia. Peter and his mother immigrated to America in 1950 and were joined by his father some years later due to the Soviet occupation of Czeckoslovakia and McCarthy era suspicion of immigration from Soviet bloc countries.

In 1971 Peter married Dina (Bischoff,) whom he had met during his education at New England College many years earlier. They had one son, Adam, in 1981.

The family lived and farmed in Bradford NH until 1982, when they moved to Nottingham. Peter's professional life revolved around books: he had been a proofreader, ghost writer and bookstore manager. He worked for two decades at St. Paul's School in Concord as the book and retail store manager.

He was active in the community, having served two terms as selectman, where he became known as "the voice of reason." He was a charter member of the Nottingham Food Pantry, where he served on the board for many years as treasurer. Peter was a loving and devoted husband and father and was dedicated to his farm and orchards, which he tended with great pleasure after his retirement from St. Paul's School. He was a steward of his land, having donated a conservation easement on his fields and woodlot to the care of the Bear Paw Regional Greenways. Peter was also a dedicated oenophile, enhancing the variety in his cellar during many trips abroad with his family.

Memorial services will be private, with necessary arrangements overseen by Purdy Funeral Service of Dover/Barrington, NH. In lieu of flowers, contributions in Peter's memory may be made to the Nottingham Food Pantry.

To send flowers to the family or plant a tree in memory of Peter M Bock, please visit our Heartfelt Sympathies Store.

Receive notifications about information and event scheduling for Peter

We encourage you to share your most beloved memories of Peter here, so that the family and other loved ones can always see it. You can upload cherished photographs, or share your favorite stories, and can even comment on those shared by others. 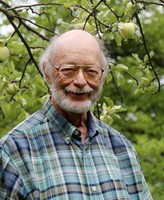