To share your memory on the wall of Jeffery Noel, sign in using one of the following options:

A graveside service with Military honors will be held on Friday, June 11, 2021 at 1:30 pm... Read More
Somersworth native (recently of Kingston, NH), Jeffrey M. Noel, 56, died June 2, 2021, at Exeter Hospital, after a courageous battle with cancer.

A graveside service with Military honors will be held on Friday, June 11, 2021 at 1:30 pm at the NH State Veteran’s Cemetery, 110 Daniel Webster Highway, Boscawen, NH. In lieu of flowers, Mr. Noel’s family asks that donations be made toward research in rare and hard to cure cancers, such as his own. Arrangements are under the direction of Wiggin-Purdy Funeral Home, Dover, NH.

Mr. Noel was born at the U.S. Naval Hospital in Chelsea, MA to Robert W. Noel and Phyllis A. (Peters) Noel. Jeffrey was a determined, confident, and self-motivated student who was a multi-sport athlete at Somersworth High School and also displayed talents in music, the theatrical arts and debate. Jeffrey enlisted in the Air Force after graduating from Somersworth High School in 1983.

He became a linguist in the Air Force, serving from 1984 – 1990 and graduating from the Defense Language Institute in Monterey, California. He specialized in Czechoslovakian and other Slavic and Germanic languages. Mr. Noel was stationed at air bases in both Hahn and Stuttgart, Germany over his 6-years of Service where he both served his country and made lifelong friends.

Once Jeffrey completed his military service, he put himself through the University of New Hampshire where he majored in both Computer Science and Political Science. While at UNH, Jeff expanded his love of music as the General Manager of the school’s radio station, WUNH. After graduation, Mr. Noel enjoyed a successful career in the computer software industry, culminating in his job as Principal Pre-Sales Architect for SAS of North Carolina.

In his free-time, Jeffrey learned to play the guitar and piano, and had an enthusiastic joy for travel and the outdoors; hiking all over the world. He enjoyed skiing and riding motorcycles with his brother, Steven and his father, Bob.

Mr. Noel is survived by parents, Robert and Phyllis of Nottingham, brothers Rodney of Somersworth, and Steven of Portsmouth, and sister, Jennifer Day of Bremerton, Washington. He also leaves behind nephews Michael of Dover, NH, Cameron Day of Washington, and Simon and Callum of Portsmouth.
Read Less

To send flowers to the family or plant a tree in memory of Jeffery Marc Noel, please visit our Heartfelt Sympathies Store.

Receive notifications about information and event scheduling for Jeffery

We encourage you to share your most beloved memories of Jeffery here, so that the family and other loved ones can always see it. You can upload cherished photographs, or share your favorite stories, and can even comment on those shared by others.

Posted Jun 08, 2021 at 12:13pm
Condolences and sympathies to Geoff's family & all those close to Geoff. Geoff became a close friend during our employment at SAS. We spent days laughing together, complaining together, and shared dinners & drinks with many mutual friends & co-workers. We also shared the enjoyment of electric guitars & music together.
Geoff was a great person and a great friend. He will be truly missed and remembered by all.
Thanks
Comment Share
Share via:
KT

Posted Jun 07, 2021 at 06:26am
My condolences to the Noel family. I was lucky to have met Geoff through my sister Anh. I am blessed to have known Geoff. Geoff was a kind, considerate and generous person to everyone. I will miss him.
Comment Share
Share via:
CM

Posted Jun 04, 2021 at 04:38pm
Bob and Phyllis, my heart breaks for you and as I type this, tears are running down my face. I remember sailing with him and taking with him. He was a great guy. God bless you and your beautiful family. Love and hugs Carolyn and Jason Martin.
Comment Share
Share via:
SC

Posted Jun 04, 2021 at 08:07am
My deepest sympathies to the Noel family. Geoff was the best - always willing to lend a hand, always inquisitive, always thoughtful. Over the last year or so Geoff would send everyone an e-mail, a progress report really, about his current status. It always amazed me as to how upbeat he was about everything that was going on with him...ever the optimist! 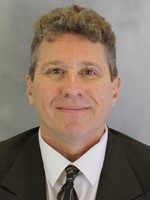