To share your memory on the wall of John Addy, sign in using one of the following options:

Print
John Charles Addy passed away unexpectedly in his home in West Nottingham, NH on February 10, 2021 at the age of 73. A loving husband, father of three, and grandfather of four, John will be deeply missed.

Born and raised in Stow, Massach... Read More
John Charles Addy passed away unexpectedly in his home in West Nottingham, NH on February 10, 2021 at the age of 73. A loving husband, father of three, and grandfather of four, John will be deeply missed.

Born and raised in Stow, Massachusetts, John grew up tinkering in his father’s auto shop, fixing and rebuilding cars. His natural talent for all things fiddly led him to pursue a degree in Mechanical Engineering from Northeastern University, a source of enormous pride to his parents, Philip (‘Spud’) and Carolyn, who, on more than one occasion, bragged of his success at MIT.

After working for Ingersoll Rand and Goodman Equipment early in his career, John went on to found his own business, True Design, Inc. Happiest when solving a complex electro-mechanical problem, John used his creativity, machining skill, and engineering talent to design and build custom automation equipment for the manufacturers of all manner of end products. His shop was always filled with exotic samples and components, like wiffle bats (but no balls!), car airbag panels, and ring cutters used by EMTs. Most recently John was an automation engineer at Hubbell Incorporated, working on assembly and moving-stuff-from-here-to-there equipment.

John was a calm and steady presence in the lives of everyone he touched. A “doer” and “fixer,” he was always quietly competent, taking care of things and the people around him. His generous spirit and wry sense of humor were central to his 40+ year relationship with his wife, Jan, who John said was the best thing that ever happened to him.

John was a devoted father, with endless patience and pride in his family. The smile on his face as he looked at his kids said it all. From schlepping them to stock car races and coaching t-ball to building backyard ice skating rinks, he was always ready for a father-child activity and constantly helping, supporting, and teaching his children. A broken toaster was an opportunity to take it apart and learn how it worked. No driver’s license could be earned without first learning how to change a tire. Though, it must be said, he earned a bit of a reputation with the local elementary school teachers for his math homework help, referencing his college textbooks and slide rule.

A Bruins and Red Sox fan, John loved watching a game with his sons and a cold beer or two. He was always appreciative of a great meal with family, and, boy, did he love a good dad joke. The punnier the better. An avid reader, he was an expert and thoughtful book gifter, even if his own reading sessions included lots of “resting his eyes” with a soft snore.

In recent years, John’s four grandsons were his delight. Babies have always loved John, and his grandsons were just the latest additions to his fan club. He would read to them for hours and fill up endless buckets of water to build sand castles, a bemused smile on his face. He delighted in their quirky personalities, often recalling out of the blue something one of the little scamps had said or done and having a little chuckle to himself about it – before sending the story to the parents of said scamp.

His love of family extended to the stunningly large group of characters, I mean relatives, he inherited when he married his wife. Special to him were the parties when he drove the boat on endless loops around the lake dragging nieces and nephews on tubes.

A keen observer, often quiet in the hubbub of family events, John had begun writing a collection of stories and short anecdotes about his life and his family. Full of laugh-out-loud moments and thoughtful insights delivered with John’s trademark wit and economy of words, the stories will be shared with his family soon.

John was preceded in death by his parents, Philip (‘Spud’) and Carolyn, and his sister, Cornelia (‘Nelia’). John is survived by his wife, Jan; his son, Morgan; his son, Sam, his wife Celena, and their boys, Cullen John and Walter; and his daughter, Amanda, her husband James, and their boys, Nick and Alex.

Due to the pandemic there will be no services. In lieu of flowers, which make Jan sneeze, please consider a donation to a food bank or charity of your choice.
Read Less

There are no events scheduled. You can still show your support by sending flowers directly to the family, or planting a memorial tree in memory of John C Addy.
Plant a Tree

3 trees were planted in the memory of John Addy

Thank you, from John's family
CM

Posted Feb 15, 2021 at 11:23am
I was devastated to hear the news of your passing. You will be missed by many. I appreciate the time you took with me when I first started at Intec Automation sharing both your technical wisdom and your own small business lessons you learned along the way. Your mechanical designs will forever be solving problems in your absence. My condolences to you and your family. Rest Easy John!
Comment Share
Share via:
J

We appreciate your kind comments - on behalf of John's family.
J

Posted Feb 15, 2021 at 08:06am
What a wonderful tribute to John Addy. John was such a calming soul to work with. We had thought it would of been great to have been is neighbor and to have known him longer than I had the pleasure to. Our heart and prayers are with John and his family.
Comment Share
Share via:
J

Posted Feb 13, 2021 at 09:11am
Dear Jan - I wish you peace to bring you comfort, courage to help you face the days ahead, and loving memories of John to forever hold in your heart. 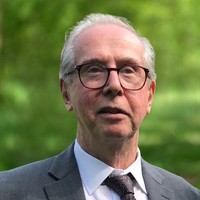