To share your memory on the wall of Michael Laurion, sign in using one of the following options:

Although Michael was of small stature, his personality was larger than life. He had dealt with many medical issues from a young age. Diagnosed with juvenile diabetes at age 11, he never let his illness prevent him from enjoying life. He played youth hockey for several years, during which he made many friends from the Somersworth and Berwick, ME areas. Michael graduated from Somersworth High School in 1983. After graduating, he worked various jobs before ultimately working for General Electric, in Somersworth. He worked there for more than fifteen years and loved being a member of the bowling league. He left when health issues prevented him from continuing with a job he truly enjoyed.

Like most of his family, Mike loved to gamble. Much fun was had on trips to Foxwood’s or Oxford Casinos. He has a square for the Superbowl tomorrow. It will surprise no one to see his numbers win.

Michael was an avid outdoorsman. From a young age, our dad, Henry, taught us the joy of fishing. Mike had plans to go ice fishing with his brother, Ken and brother in law, Sean this month. His absence will be greatly missed. Every year he planted a beautiful garden, yielding delicious vegetables for friends and family.

Michael also loved hunting deer. He bagged his final one this past hunting season.

Another great joy of Mike’s was playing Wii golf with his brother Ken. So many times I would get annoyed when Ken would stop by and they would take over the tv...usually leading to a comical display that turned my sour mood around. What I would give to see them playing golf now.

Mike was always the grill master at family get-togethers in Rollinsford. This was never discussed, just a given. No one will be able to fill those shoes. Only after everybody was fed would Mike partake in another great love, horseshoes.

As I write this obituary for Michael, I cannot say enough. I feel like I am doing him a disservice by not mentioning everything. What I will say is, that Michael never had a truly easy life. He worked very hard at everything he did, whether his occupation, fishing, just everything. For that, he deserves the utmost respect.

From this day on, it won’t just be holidays or special occasions that feel Michael’s absence. It will be every day that he is not with us.

As the funeral personnel were readying Mike’s body for transfer, my sister noticed a cardinal on a bush in our backyard. Even I saw it clear as day. As soon as Mike was taken away, the bird flew away. We so want to believe this was my mom or dad watching over him one last time, getting ready to welcome him Home.

The family requests memorial contributions be made in Mike’s name to the Juvenile Diabetes Foundation.
Read Less

Receive notifications about information and event scheduling for Michael

There are no events scheduled. You can still show your support by sending flowers directly to the family, or planting a memorial tree in memory of Michael Henry Laurion.
Plant a Tree

We encourage you to share your most beloved memories of Michael here, so that the family and other loved ones can always see it. You can upload cherished photographs, or share your favorite stories, and can even comment on those shared by others.

Posted Feb 13, 2021 at 04:32pm
Mike,
You will be missed. I’m not much of a writer but I want to share some time we shared. We spent hour’s together ice fishing fishing. Mike needed to have a coke to keep his sugars right. Well it didn’t matter where he set the coke, Noah (my son) would kick the can. Mike would give him crap for the rest of the day. But alway was giving him snacks or what ever he had. He always treated Wendy, Noah and myself like one of the family. You won’t be forgot. Rest well my friend.
Charlie Hutchins & Wendy Heintzelman 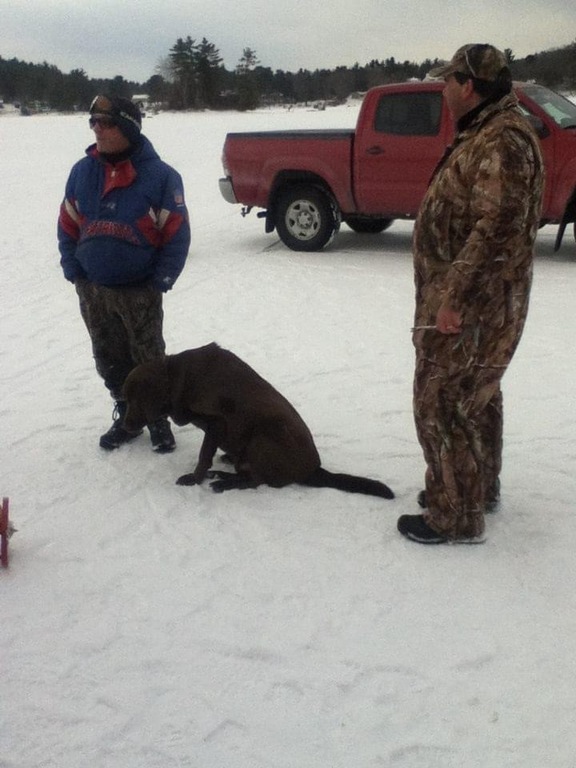 Posted Feb 11, 2021 at 06:49pm
Uncle Mike, there's so much I could say. You were the only consistent Uncle we had around for absolutely everything. Fishing trips, camping trips, softball games. You were always there cheering us on and sharing your skills and passions with us. Things aren't going to be nearly the same without you. Going down to your house, I always knew if I peeked around the corner, you would be right there in your rocking chair to greet me. Whenever we called, I knew it wasn't going to ring twice before hearing you say hello. Kelby and I will always call trouble makers, "young punkies," because of you and I wouldn't have it any other way. There is going to be a hole in each and every one of our hearts that will never be able to be filled. I already miss you so much and will continue to until I see you again. I love you Uncle Mike and rest in peace.
Comment Share
Share via:
C

Posted Feb 10, 2021 at 08:50am
My deepest sympathies to diane and the whole family> Mike was a good and kind man and alot of fun too!!!I have many great memories working 3rd shift with mike in GE.May he rest in peace! charlene whitehouse
Comment Share
Share via:
SM

Posted Feb 09, 2021 at 07:24am
Mike,
It was a sad day when you left us. You were like a brother to me. Thanks for all the good times hunting and fishing. You were one person I could talk to and get an honest opinion. Rest in peace and I will see you again some day bagging those big bucks and slaying the monster stripers. Miss you forever!! Your Brother In-Law Sean Mackell
Comment Share
Share via:

Posted Feb 08, 2021 at 06:27pm
Karen Laurion Carignan
Mike, when a childhood friend of ours recently passed away, I thought how devastated her siblings must be. I thought how lucky am I to still have my six siblings. Suddenly, you are gone, and I don’t know how to accept it. I saw you every day and fought with you every other day. You were a huge part of my life, and I pray you know how much you are loved. I am sure Mom and Dad are happy to see you...no longer in pain, finally at peace. Rest easy, Mike. I miss you already. Until we meet again, Karen
Comment Share
Share via: 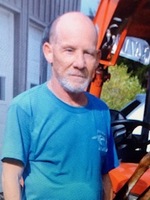 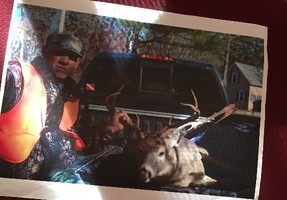 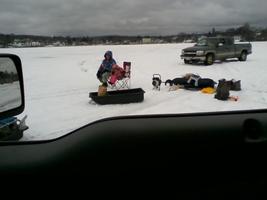 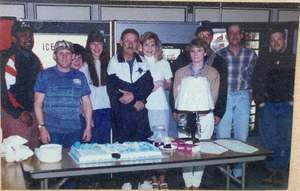